Last weekend before heading back to the UK after Christmas in Chamonix Josie and I made the quick dash over to Kandersteg for the annual Black Diamond Ice Climbing Festival.  In its 15th year the festival centers around a dry tooling competition which attracts many of the world’s top competition climbers.  Competitions aren't really my cup of tea, mainly because I wouldn't be able to get off the ground on the routes! But I still find it really inspiring to see such talented climbers doing what they do best and enjoy watching the finals each year.  Josie who hadn't seen any competitions before was mesmerized by the strength and fluidity of the competitors.


The festival is a lot more than just the competition though with lots of clinics running through the day, gear testing and some great slideshows.  We went to see Ines Papert who gave a really good slideshow with some amazing photography and film footage from a number of trips around the world.  I find it hard enough giving a slide show in my mother tongue and can’t imagine giving it in my second/third language (well I’d have to learn one first…).   But more importantly the whole weekend is just a great get together and a chance to meet up with old friends and meet lots of like minded and interesting folk.  All culminating in a big party after the competition finals on Saturday night. 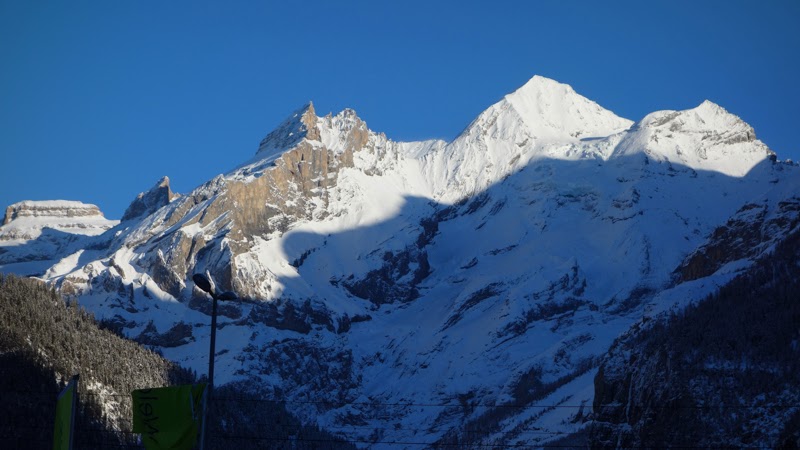 A view down the valley from Kandersteg

There wasn't much ice around this year so instead of a days ice climbing on Sunday Josie decided to give me my first introduction to skate skiing on the endless Km’s of cross country ski tracks that Kandersteg has to offer.  Yes, a lot harder than it looks!  Once I’d got a vague bit of technique sorted and I’m using vague in a very loose sense of the definition I soon found why everyone raves about how good the workout is.  Don’t think I've ever gasped for air so hard going uphill and I finished the day with aching legs, arms and lungs.  Still to get the downhill sussed though.  Lets just say it was a good job there were some big run outs on some of the downhill corners as my ‘sod the snowplough and go for it’ attitude often ended up with me using them like gravel traps on a race track a number of times!  I would love to do more but unfortunately there’s a distinct lack of snow and cross country track in Nidderdale so guess I’ll have to stick to the running and cycling for the time being, too many sports to do….

A big thank you to Christian and the rest of the Black Diamond team for a great weekend in Kandersteg.