Its been quite a while since I’ve written anything on here – mainly due to fact of not having done much since Alaska. Except for the odd day out on the local crags and a day over in the Lakes – I do love the Lakes – a bright sunny Saturday afternoon on what the guide book describes as ‘possibly the best E1 in the country’ and there’s not even another single person at the crag! Then an afternoon at Malham to remind me I definitely wasn’t rock fit this year just about sums up my summer of climbing, hey hoe psyched for next summer though. Apart from that it’s been getting out on the road bike as much as possible trying to get the legs in shape and busy at work. We were doing a lot with the Olympics this summer which has been pretty interesting and nice to be involved in if only in a small way.

Three months ago after getting back from Alaska the Autumn trip to Nepal seemed ages away but suddenly I’m at Heathrow waiting for Nick and everyone else to arrive to fly out to Kathmandu! With Jack, Rob, Streaky, Garry and Tania joining us for the first few weeks at base camp and a stunning objective – Chamlang it should be a great trip and I’m really looking forward to getting back to Nepal.

Just before leaving I did eventually manage to finish off the little film I was putting together from our Alaska trip – it took a lot of effort to keep getting the cameras out on the route so quite pleased I eventually got it finished, hope you enjoy it!


A few pictures from the Olympics and the one climbing photos I’ve got from the summer: 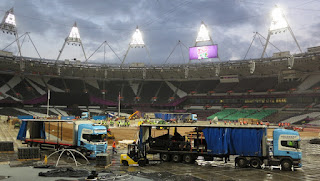 Working in the stadium after the opening ceremony of the Paralympics 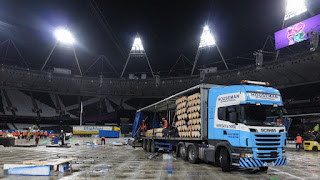