Andy Townsend and I were over on Creag Meagaidh today for more guiding practise and conditions were looking fairly good. We climbed The Wand which had quite a nasty egg shell layer of ice over it in places but was still good climbing. After topping out we descended via the Window and then headed up The Pumpkin which is in great condition at the moment.  Other Andy and Paul also climbed Diadem which was in good condition, more neve than ice though.

The cornices above these two routes were fairly small but anything climbers right of Cinderella is threatened by quite a large cornice that has already sunk leaving a crevasse behind it and looking quite unstable. 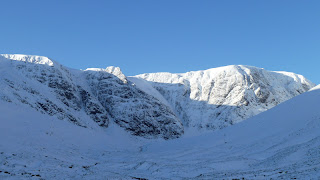 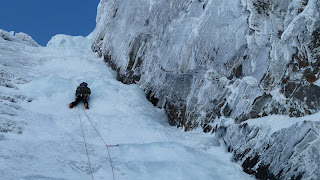 Andy Townsend on The Wand 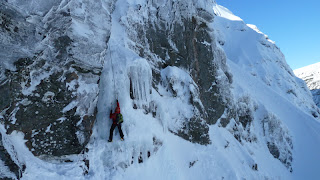 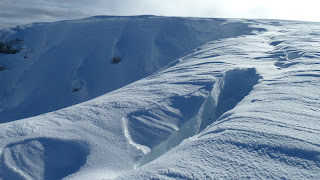